If the world were to end tomorrow, would you be ready?

My take on 12/21/12 is that the Mayans got it wrong and the world will continue to turn on its axis. NASA agrees. However, I’m of New Age mindset.  To me, 12/21/12 marks the end of an old world and the start of a new one, ushering in an age when Earthly inhabitants undergo positive transformation. In other words, New Years Day. Time to make and break our resolutions with unfailing eagerness.

It was the most tiring, terrifying, and terrific year in memory. 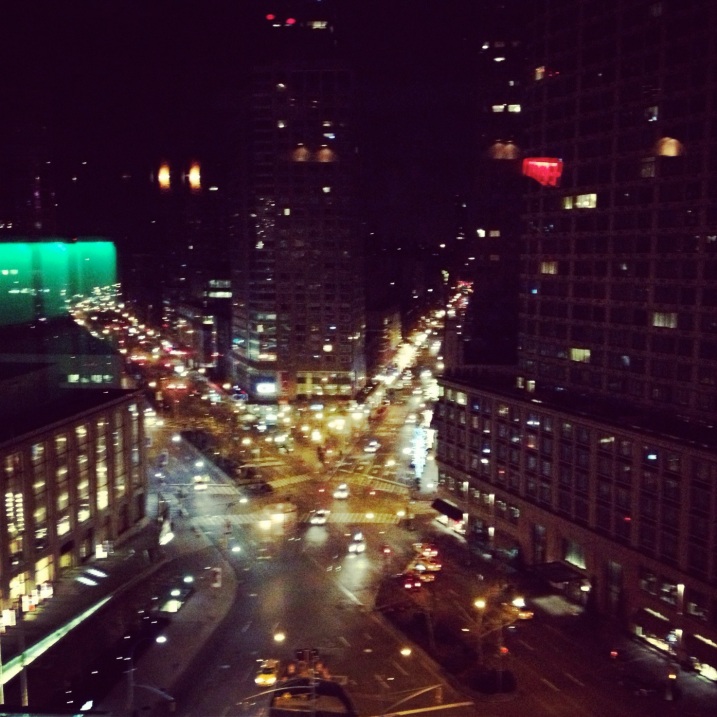 It started with bright eyes and high hopes. I moved to a small but cozy Park Slope apartment to begin my New York saga symbolically on New Years. Forget that I wasn’t sure if I would make enough to pay monthly rent. Waking to the sight of the Chrysler building from my bedroom window was enough reason to get out of bed. Anything was possible.

I was first exposed to the realities of the city as a personal/editorial assistant for a wine business owner. My boss was wonderful but after the n-millionth time picking up office supplies and fetching coffee, I started to wonder if this was all a college degree was worth. On the weekends, I drank my share of wine. (Work-related research, of course!)

My second job landed me at a prestigious startup fellowship program that placed college graduates to work at startups in lower-cost cities. I was their first recruiter but was exposed to much more than recruiting. Event planning, social media, office politics – – with a small staff, there was a lot to get done and at times, my lack of corporate/organizational experience showed. I learned a few key things about organization, foremost being that I’m not organized. It’s why writing things down and having clear daily to-do lists have become new resolutions. The job took me to Providence over the summer for a phenomenal training camp which remains one of the best memories of the year, purely for the chance to meet 40 of the most inspiring and creative college graduates. I grew by leaps and bounds but after 5 months, I knew that this company wasn’t the right cultural fit.

Life since has been a mix of freelance writing, tech dabbling, user acquisition, and social media strategy. Highly stimulating work with little peace to be found. I networked, mingled, exchanged business cards, went social to the max.  The freelance/startup life taught me the importance of being disciplined with time. If you’re good at it, go superwoman! Bad at it, never sleep. We’ll see if I give in to 9-5 soon.

So, was 2012 a success? Last year I wrote, “If I can make just one tiny decision that moves me closer to being my best self-whatever that may entail, wherever that may be- that’s success in my flighty mind.” 2012 was to be the year forward.

And? Am I ahead, off track, 2 steps forward 3 steps back? Well, I can say that I’m officially a New Yorker and now part of the craziness I used to only admire from afar. I’ve spent far too much, slept far too little. I could have been wiser. And  yet at 23, I wouldn’t have it any other way.

I end 2012 exhausted, knowing that I tire because I’ve tried my hand at many things, failed, and therefore, moved forward.

Notifications blew up my phone in 2012. While this gave me bursts of serotonin, it also lead to unhealthy crashes and reduced productivity. It’s resulted in my decision to disconnect and retire. When I say retire, I mean retiring from perpetual social grooming and focusing instead on real work.

Last week I deactivated Facebook, and yesterday I followed through with Instagram. A friend messaged me saying that he was astonished and a little sad that I was leaving all these social networks. To him, I was the epitome of Generation 2.0: Miss Popular with tons of friends, always connected and blogging and snapping photos. Reading this only reinforced my need to retire. My public image was so well-crafted. So well-crafted that sooner or later, people would be let down. Achieving a self-involved image is no small feat, and I don’t have the energy or desire to maintain it anymore.

Aside from ‘connecting’, I’ve started to realize that all the other stuff that comes with being ‘social’ serves more as a disutility that detracts from my day. Because when you peel away all the layers of perfectly timed and witty statements, cute outfits, and adventurous getaways, what’s left is a pretty plain and boring person too tired to do much of anything other than appear. The thought of being that lame person used to sadden me. Now it just excites me because it means more time to sleep. 2013 will be the year of focus and commitment. Take me as I am, just a lazy being who wants to lie in bed, eat, and watch TV.

In 2013, I plan to focus on building non-social digital skills (CRM, Creative Suite, Mailchimp), cooking more, and solidifying pre-existing relationships. It’s quite boring, but really just a continuance of my 2012 resolution, because only by getting serious will I ever be able to move forward.

I’ve always lived with a sense of urgency, a conviction that time is running out. But with the world ending tomorrow, it’s time to be really honest and live out our truest lives, not just what sounds good or what makes an interesting story. Because what makes us happiest may not be all that interesting. And that’s okay.