It’s been over a month since I posted about my failed attempt to capture Buzzfeed’s attention. Now, I’m learning the mechanics behind attention as an intern at Business Insider. I still have a lot to learn but from what I’ve observed, there is no recipe for getting clicks on the web. Throw in a spicy headline, titillating photo, vivid writing, and …voila! You may have the makings of a potentially viral story. (In fact,  yesterday Business Insider experienced record-breaking traffic due to a single post ).

That said, I have yet to strike big on clicks. But for what it’s worth, here are some stories I’ve enjoyed working on thus far :

– Career Advice from Warren Buffett: Warren Buffet had his first ever office hours, during which he answered questions from Levo League members (shout-out to Caroline Ghosn, co-founder of the Levo League, who did a fabulous job  moderating). My editor and I drafted a post with key takeaways 30 minutes after the live stream. Writing quickly and on deadline is something I’m still getting the hang of. Getting thrown into this on my 2nd day gave me a real taste of the rapid publishing pace…it hasn’t stopped since!

– Tiger Babies and all things Asian: Since being assigned to write a book review of Tiger Babies– a comical response to Amy Chua’s Tiger Mom memoir- I have been unwittingly placed on 2 more Asian-related topics. Coincidence? While it probably wasn’t intentional, I’m still concerned that the outside perception of my reporting is that I am touting the superiority of Asians. Which is totally believable with headlines like ‘Asian Americans Are Smarter, Richer, And Harder-Working Than Everyone Else‘ under my byline. (I received a handful of tweets from people calling me racist after that one.) I think the Asian beat has stopped for now, but who knows…

– Stanford Business School World-Changers: If you want to feel like an underachiever, check this out. We highlighted 17 of the most inspiring folks from Stanford’s Graduate Business School. Their accomplishments and plans for the future made my mind whirl. My personal favorite was Taiwanese entrepreneur, Chihyu “Wretch” Chien, who created the largest Taiwanese blogging platform, Wretch. It eventually sold to Yahoo for $700 million. He told me, “Wretch was actually my geeky handle in a forum, which then become my project and later my company name.  Eventually people started to call me Wretch in Taiwan and I thought that was cool.’ I thought that was cool too.

– Why Grads Should Join Startups: Venture for America‘s Summer Celebration at the IAC honoring its 65 new fellows was even bigger and better than last year. It was awesome to see how much the organization had grown in a year. Quicken Loans founder Dan Gilbert pledged $1.5 million. High-profile supporters Arianna Huffington and Jeff Weiner gave keynotes. Huffington told VFA founder Andrew Yang on stage: “You were one year old when I met you, and my god, how you’ve grown. You are now a phenomenal toddler. When you’re a teenager, truly watch out.”

Huffington also spoke to those of us in the media, saying that too often we chase the stories that elevate fear but don’t put enough spotlight on creativity and good things happening in the world. Word.

I also want to mention a serious journalist mistake I made last week. (Fortunately, by some act of God’s grace, it was able to turn into a stroke of good luck). In an article I wrote on backlash against Tiger Moms, I quoted WSJ columnist Jeff Yang. The quote had been provided to me by a researcher of a study. In the quote, he implies that he disagrees with the study results. A day later, Yang contacted me via Twitter requesting to speak about the piece. The initial excitement of having a veteran reporter reach out instantly faded when I realized that this wasn’t going to be a congratulatory message. Sure enough, Jeff was confused about the quote, particularly since I had never directly spoken with him.  I could immediately see how seeing your name being quoted in an article you were never interviewed for would be odd. We clarified the confusion but I learned my lesson: verify and never ever misattribute. I’m grateful to Jeff Yang (a veteran writer who I highly respect) for taking the time to point it out privately, rather than publicly make a fuss of it. We have plans to get coffee soon.

Takeaway: If you own up to your mistakes, more often than not, people will be willing to help than rail on you.

ps. on a personal note, I taught my mentee how to ride a bike in Central Park this weekend. as awkward and miserable as we look (it was 90+ degrees), teaching someone how to bike really is as fulfilling as all the parents say. not to mention, getting to model awesome helmets. 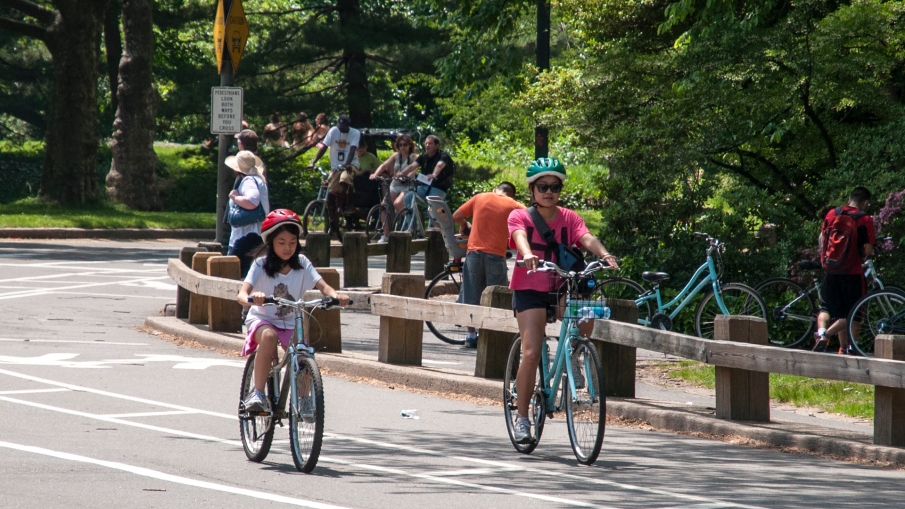