In the short time I’ve been in New York, I’ve lived multiple lives.

At times, it’s been anxious naval-gazing: “I have work and then a dinner thing, and then I’m busy trying to do this whole becoming who I am thing!“, circa Hannah Horvath.

Less often, it’s cosmopolitan ”I will never be the woman with the perfect hair, who can wear white and not spill on it’ Carrie: eating at places I can’t afford and feeding into the city’s conspicuous consumption.

But far more often, it’s neither, and instead, a rather boring in-between. I’ll also confess that I can’t really liken myself to female TV show characters whose shows I don’t even watch.

When I started this blog, I titled it ‘socialynne’ because at the time:

a) lynneguey.com was already taken (for my “professional” persona),

b) ever clever, I wanted to use a pun with my name,

c) I was going to be that savvy girl in the city.

My noble goal at the time was to represent, in some form, my exterior shell. I wanted to contribute non-wisdom on what it was like to navigate the city as a 20something caught between extreme ambition & a desire to fuck it all/not give a damn. Kind of like the characters I mentioned, just a lot less cute.

20 months, 4 apartments, and 101 (intermittently) soul-bearing blog posts later, I’m reevaluating if ‘being social’ is a relevant topic for me to write about. I’m not exactly out on the town everyday.

Don’t get me wrong – I’m still an awkward 20something for sure, but I’ve pivoted. I used to think about how Jess from “New Girl” or Hannah or Carrie would write my posts. But truthfully, I’m so different from each of those prototypes that I’m quitting that. As I enter a new stage of New York life, this dear blog -my sidekick from the start – will also shift focus.

My former Hannah would grimace to hear that present-day me loves bureaucracy, rules, and hierarchy. I work for a quasi-government agency with 500+ employees, so my life is spectacularly boring as a suited up bureaucrat in a cubicle. Yet I love it. Did I mention that our organization reports to the Mayor of the greatest city in the world?

During my first month at NYCEDC, I’ve been stunned by its sheer impact on the city. The Applied Sciences Initiative is building a strong infrastructure for tech talent here in Silicon Alley. We own the maritime ports. We build numerous new neighborhood developments from unused, vacant property to create a higher-quality life for residents. Guilty as charged.

I’m learning that all the city agencies, programs, and internal departments are a hot mess of acronyms. You wonder if all these departments are necessary, but then you see how much work is required to keep the city’s economic engine chugging . You begin to learn how it works behind the scenes, which leads only to more admiration for this little village where 8 million people call home.

This is not to downplay the issues.

Could city government be leaner? Yes. Could it use drastic innovation? Of course. Could it benefit from a little more open dialogue? Always.

The system is replete with challenges and inefficiencies, which is exactly why strong leadership and new ideas are essential. Personally, I’d love to see an open platform where residents, businesses, and local government can collaborate and solve problems together. I’d love to contribute.

Though my time in New York has been topsy turvy, I’d like to think I’m entering the next stage of what Amy Jo Martin calls “orthogonal bliss”. Orthogonal bliss is defined as the intersection of skills, passion, and purpose. It’s the sweet spot, where all the skills and experiences you’ve acquired align to create something magnificent. 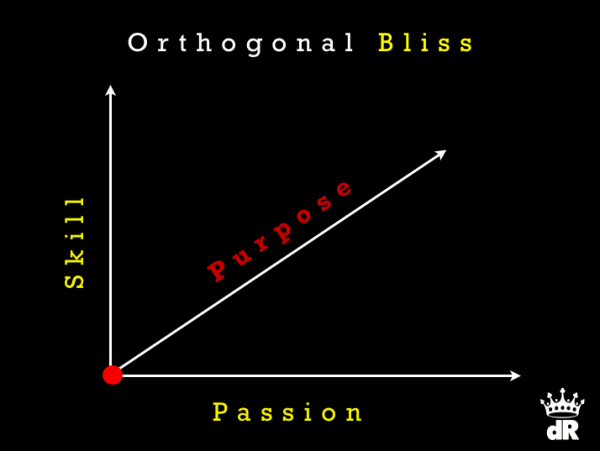 “Color outside the lines by combining, mixing and intersecting things that typically don’t jive. Expect adversity to follow as society fears and fights the interruptive, abnormal mixture. If the mixture is bliss, mass adoption will eventually occur and soon you’ll have diffusion of innovation.”

Every company has stakeholders; ours is the public. So in honor of my newfound orthogonal bliss, instead of writing about ‘social’ in the literal sense, I’m honing this blog’s focus on ‘social good’ here in NYC. It’s no Sex in the City or pixie girl fantasy; it’s simply, me: sociaLynne, some imperfect social in-between.

Throughout our 20s, we represent a range of characters and continue to morph in these chameleon years. If you’ve found your trifecta of skills, passion, and purpose, stick with it. If not, keep looking. We all need to believe in something. 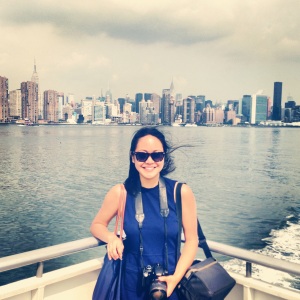 For me, this belief is in the city. All I need is to look out, take a walk, and it’s around me. To make this a better place to live: that’s no better reason to wake up in the morning.